Home » Blog » Are You Accused of Shoplifting? 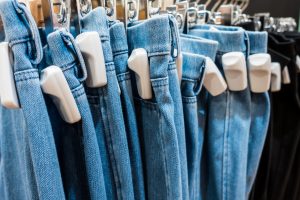 While smash-and-grab robberies are making headlines, retail theft at a smaller scale is also costing retailers billions. Stores and malls alike are elbow-to-elbow with holiday shoppers. Some people may think no one is watching. There is a tendency to take advantage of the crowded atmosphere to take items without paying. However, the penalties for shoplifting are harsh and anyone accused of shoplifting should retain legal counsel right away.

Shoplifting and Retail Theft in Illinois

Retailers expect a busy holiday shopping season and they have heightened security measures in place. Retail crime is costing retailers about $700,000 per $1 billion in sales. Store managers and employees will not just notice shoppers taking something without paying; they have prepared precisely for this scenario. They realize that retail theft takes various forms, it can include price switching to save money, transferring items from one container into another one, or fake merchandise returns.

In Illinois, the charges and penalties for retail theft will depend on the value of the merchandise stolen. If the merchandise allegedly stolen is worth $300 or less, it is considered a Class A misdemeanor. A conviction could lead to up to a year in jail and fines of up to $2,500. Additional offenses or a criminal background could elevate the charges to a Class 4 felony.

If you are accused of taking more than $300 in products, you could be facing felony charges. A felony conviction carries up to five years in prison and fines of up to $25,000 or more.

If you are accused of stealing retail merchandise that is worth less than $300 and exit the store through an emergency exit, that act is considered a Class 4 felony punishable by one to three years in prison and fines of up to $25,000.

Contact a Will and Grundy County Retail Theft Lawyer

At the Law Office of Jack L. Zaremba, P.C. we know that a conviction could dampen your holidays and significantly impact your future. You need an experienced Will County retail theft criminal defense attorney on your side. Call 815-740-4025 for a free consultation.