Home » Blog » Can I Refuse Sobriety Testing and or the Breath Test during a DUI Arrest? 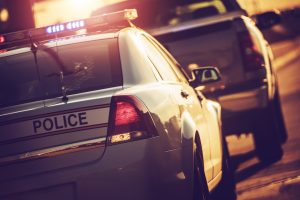 In Illinois we have what is called an Implied Consent Law. When you first applied for a driver’s license, you implied your consent to various requirements of the law. One of those requirements you consented to is blood alcohol testing (BAC). You should know that you can choose not to submit to BAC testing during or after a DUI stop. The maximum suspension you could receive is 3 years, depending on your background.

You do not have to agree to field sobriety testing or the breath test during a DUI stop. It is a guarantee, however, that the police will pressure you to complete these tests. There are some situations, however, where the police can obtain a warrant from a judge to force you to take a blood test in order to determine your BAC. This typically happens in cases of car accidents where great bodily harm occurred to another driver. In those limited instances, you can be forced to submit to a blood test even if you have refused to give consent. Knowing your rights in advance of a DUI stop is vital if you end up facing DUI charges.

Field Sobriety Testing usually consists of three exercises dictated by the National Highway Traffic Safety Administration. They include standing on one leg, walking in a straight line and turning, and following a pen or other stimulus with your eyes without moving your head.

It is important to understand that refusing to take these field sobriety tests is not an admission of guilt. Everyone is presumed innocent until proven guilty. You may refuse to do these field sobriety tests, but this does not stop the officer from arresting you on suspicion of drunk driving. Refusing does, however, give the police less evidence to use against you in court.

When you are pulled over for suspicion of DUI, a police officer is going to ask you to take a breathalyzer test. You may refuse this test but doing so has consequences, including an automatic driver’s license suspension. Refusing this breath test, however, denies the prosecution a very important piece of evidence against you in your trial. Further, the suspension of your license won’t begin until the 45th day after your arrest; and as your attorney, we can contest your suspension in court before the suspension starts. So, there is a backstop to this automatic suspension. Even so, you need to fully understand that if you refuse to take a test that shows your blood alcohol concentration (BAC), you can still be arrested and your driver’s license could still be suspended. If you decide to take the breath test, and are shown to be above the legal limit, there are limited circumstances where a judge might think you are not actually under the influence and reverse your suspension.

If you have been arrested on suspicion of DUI you will need a Will County DUI attorney knowledgeable in all types of drunk driving cases. At the Law Office of Jack L. Zaremba, P.C. you will get strategic representation and sound advice about contesting your DUI arrest and DUI suspension. Call 815-740-4025 for a free consultation.