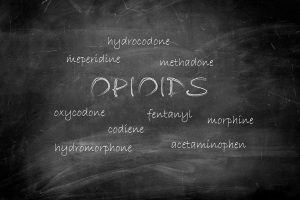 Many Americans turn to opioids during the festive season to cope with the stress or the loneliness they may feel. Six percent of the population is triggered by seasonal affective disorder; another 14 percent suffer from winter blues. More than 107,000 died from an opioid overdose last year, yet the sale of street drugs is not letting up. If you are facing drug charges for the possession or sale of illegal drugs the Law Office of Jack L. Zaremba, P.C., can help.

In the state of Illinois last year more than 3,000 people died of an opioid overdose. Misuse and fake drugs are both contributing factors. Authorities and legislators are doing their part to solve the opioid epidemic. In Illinois, merely having possession of a drug is a felony, except for cannabis. If you are accused of transporting or selling drugs, you could face even greater penalties for drug trafficking or possession with intent to distribute.

Fentanyl is a real problem across the nation and in Illinois fake fentanyl pills are being seized at record levels. The biggest danger now is the misuse of drugs and buying them on the street where they are most likely laced with other drugs such as fentanyl.

Unsuspecting people, this holiday season may end up consuming deadly fake fentanyl pills. It is hard to tell the difference between fentanyl and cocaine but fentanyl is 50 times more potent than cocaine or heroin. A small amount on the tip of a pencil is enough to cause death. Under the drug homicide law in Illinois, it is against the law to unlawfully deliver a controlled substance to another person that results in their death. A conviction can result in a prison sentence of 15 years minimum, up to 30 years.

Under current law, pharmacists and other health professionals are allowed to distribute fentanyl testing strips to reduce the number of opioid overdoses. The law also makes sure the supplies can be stored in a licensed pharmacy or hospital without fear of prosecution.

If you are charged with intent to deliver and manufacture drugs, contact the Law Office of Jack L. Zaremba, P.C. He is an experienced Will and Grundy County criminal drug defense attorney who can try to help you fight these charges or have them reduced. Call 815-740-4025 for a free consultation.