A felony or misdemeanor criminal arrest can have lasting consequences in your life. Every arrest is part of the public record. You must be proactive in order to have your record removed, even in cases where you were let go without formal charges being filed and even in cases where you were found Not Guilty of a crime. An arrest will always be a part of your criminal record and accessible by anyone including family, friends and future employers. You must act now to protect your future

There are two options to remove your criminal record: 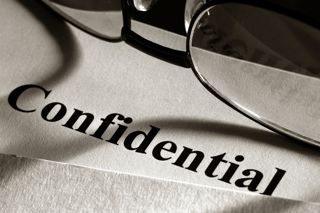 Common Myths about Expungements and Sealing

Myth: My record is expunged automatically
Fact: There is no automatic expungement. Even if your case is dismissed, your arrest record will always be there unless you petition to have it removed.

Myth: Non violent felonies can be sealed or expunged.
Fact: Most felonies cannot be expunged, except for certain drug convictions and prostitution.

Myth: The charges were dismissed, I don’t have to do anything.
Fact: You must be proactive and petition to have the arrest removed. It is not automatic.

Misconception: I was told if I complete my supervision, I would not have a record.
Fact: Successful completion of your supervision ensures that you don’t have a conviction on your record. However, you still have a record because of the arrest and formal charges.

Most felony arrests and convictions cannot be either expunged or sealed.

There are a few exceptions:

If you need an Expungement lawyer in Joliet Illinois, or the greater Will County area, give us a call at (815) 740-4025 for a free consultation. You need to remove your criminal record so that you can move on with your life. Calls are answered 24 hours a day. If you prefer, send us an Email . We offer affordable rates and flat fees for expungements.